Skip to content
🇺🇦 Russia has invaded Ukraine and already killed thousands of civilians. Please, #StandWithUkraine against the Russian regime.

A big update of spaceship-zsh-theme¶ 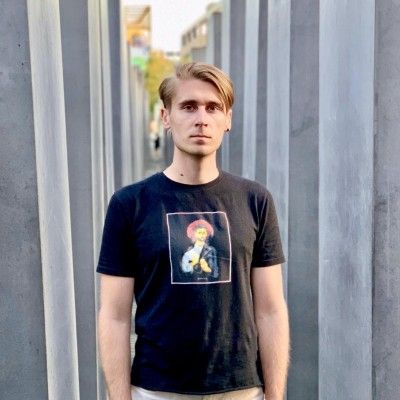 I’ve been working on big PR for spaceship-zsh-theme last few weeks. This is the biggest update of Spaceship ever, there are a lot of changes (breaking changes too), prompt is almost completely rewritten, so I decided to write a note which should be a summary of my efforts.

Before I dive into describing of new features I’d like to talk about causes of full-rewritting. The main reason is that Spaceship has a lot of boilerplate copy-pasted code, like this:

And this snippet was a part of any section causing many related problems.

Order of section and their colors in prompt was hardly defined in Spaceship’s source code and that was the second important problem. Users could override prefixes for sections, but couldn’t do the same for suffixes, colors or order of sections. Options were grouped by the name (like GIT, XCODE, etc), except PREFIX-options which were grouped by themselves. That was made API inconsistence.

Another yet problem was hidden in the hostname section. Internally, this section used username section and directory prefix. It’s just historical issue related to the specificity of implementation. Anyway, this caused non-obvious binding between parts of prompt and that was the big problem for future features.

Besides this, there was few smaller, but nevertheless annoying issues around Spaceship’s internals which have to be fixed.

Let’s take a look what’s coming on with new major update precisely. Here is a list of important changes:

Previously, users have no ability to change order of Spaceship’s sections. Moreover, there wasn’t such thing like section in Spaceship. Therefore, giving users ability to define order of prompt was the key feature of this major update.

Now you can use $SPACESHIP_PROMPT_ORDER options to define desirable order, like this (default order below):

Prefixes are part of sections¶

$SPACESHIP_PREFIX_SHOW options was renamed to $SPACESHIP_PROMPT_PREFIXES_SHOW and moved under prompt section.

Don’t worry if you use old options right now, you will get a deprecation warning with suggestion of option that should be used instead:

Warnings for deprecated options won’t be removed until next major release.

Since introducing prefixes, it was expected that suffixes should be added too. Now each section has corresponding $SPACESHIP_*_SUFFIX option for section’s suffix. As default it falls to the value of $SPACESHIP_PROMPT_DEFAULT_SUFFIX which is space. However, feel free to define you own suffix for any section (find more examples in Presets wiki-page).

Previously, there was no way to change section colors. New major release brings this feature to the users. If you need to change a section color, just assign color name to the corresponding $SPACESHIP_*_COLOR variable. Here is an example:

Now Git support is much more better. Firstly, git section was split up into two subsections:git_branch + git_status. As you may noticed, the first one shows current Git branch and the second one shows Git status.

In addition to good old indicators, here are new ones that were added to Git status subsection:

There is no nvm section and related options anymore. Instead of this, node is used. We had plenty of issues from people, who prefer to use n instead of nvm. New version comes with $SPACESHIP_NODE_DEFAULT_VERSION option. If you use n, assign you default system Node.js version to this variable and node section will be hidden.

Spaceship now spread as NPM-package. That means you can install it with single command:

This command will automatically download, link and source Spaceship. $ZSH_THEME will be set to "spaceship". Just reload your terminal.

Along with this, you can install Spaceship as usual, using shell plugin manager or with single command:

By the way, it would be great if we add ability to install Spaceship using Homebrew. If you can help, please, drop a message in related issue — Install via Homebrew.

With bigger changes there were also smaller ones. Spaceship has got more internal improvements, specifically:

At this moment, Spaceship has 98 options. You can change almost anything you want: order, colors, prefixes, suffixes, symbols, etc. This makes Spaceship even more customizable than it was before.

Playing with options, I found out that I make Spaceship to look like other themes. For instance, here is a demo how Spaceship may look like robbyrussell prompt (default Oh-My-Zsh prompt):

That’s why I decided to create a Presets wiki page where users can share their configuration with others.

Surely, this release is not the end. There are plenty feature requests and working pull requests with draft implementation of these features, specifically:

Wanna help? Check out help wanted label in Issue. If you need a feature or have any question, don’t be hesitate to open an issue.

I work on this project in my spare time, beside my primary job. I hope enjoy using Spaceship, and if you do, please, buy me a cup of chamomile tea ☕️ or cheese cake 🍰

I would appreciate your support! Thank you!